What is Gracie Jiu-Jitsu?

Gracie Jiu-Jitsu is a complete self-defence system that has been taught to hundreds of law enforcement agencies and thousands of civilians around the world. It emphasises simple movements, practical techniques and realistic scenarios.

Is this the right school for me?

Before joining any school ask yourself what are your goals and objectives. Today many Martial Arts have developed competitive sports organisations, Gracie/Brazilian Jiu-Jitsu is no different. If your goal is learning self-defence make sure you find a school that focuses on realistic street scenarios rather than a club that prepares athletes for point tournaments. As Grand Master Hélio Gracie says,” Jiu-jitsu is first and foremost an art of combat, all the improvements that I made were with the goal of maintaining that objective” consequently our school’s mission is to provide the most effective self-defence instruction in the world by giving students the elements to defend themselves in real life, no rules, no points situations.

The practice of Gracie Jiu-Jitsu is an excellent physical recreation where every single muscle from head to toe is called into active use. If you are looking for a family oriented, clean, respectful and noble environment where you will learn Traditional Gracie Jiu-Jitsu at its purest form the Gracie Central Coast Academy is the right school for you.

Is there a difference between Gracie Jiu-Jitsu and Brazilian Jiu-Jitsu?

Gracie Jiu-Jitsu gives students the best possible chance when facing an attack by one or more opponents. The overwhelming superiority demonstrated by Royce Gracie in the Ultimate Fighting Championship created a misconception, Jiu-Jitsu is a complete fighting system and not an exclusively ground grappling art. A Traditional Gracie Jiu-Jitsu practitioner learns strikes, which include techniques with the elbows, hands, feet, head, and knees. Students learn that the optimum self-defence strategy is to maintain a safe distance from the attacker.

This battle-tested method teaches defences against the most common street attacks, the majority standing, which quickly neutralise aggressors. The practice of Gracie Jiu-Jitsu clarifies a long lasting myth, real life fights are not like scenes from Martial Arts movies where protagonists KO dozens of “bad guys” one after the other. Consequently, a Gracie Jiu-Jitsu practitioner possesses the most realistic chances of safely overcoming a multiple opponents attack.

Student safety is a primary concern during all classes. The completion of the Fundamentals curriculum reduces the possibility of injury to a minimal level. The practice of GJJ at our centre is safe and sound. Grand Master Hélio Gracie’s teaching methods constantly emphasise the importance of keeping students out of harm’s way. Accidents may happen, however, lack of seriousness during training and the resultant careless application of technique or counter-technique contribute greatly to injury. Careless practice is disrespectful to the spirit of Traditional Gracie Jiu-Jitsu.

How should I learn the art?

To learn the ABC’s of any subject requires a certain amount of hard work; but it is necessary. Very much is it so in respect of Traditional Gracie Jiu-Jitsu. The fundamental techniques of Gracie Jiu-Jitsu are of the highest importance since they indicate the principles on which the whole of the art is based. When the fundamentals are neglected the learner gets nowhere.

All practitioners should realise that it is better to learn the basic techniques and principles well than to over saturate the mind with hundreds of subsidiary techniques that cannot possibly be mastered in one lifetime. Frequent practice is essential if efficiency is to be gained. The key to learning Jiu-Jitsu is repetition. The ultimate goal is to condition your sub-conscious with Jiu-Jitsu.

Can anyone learn Gracie Jiu-Jitsu?

Men and women, girls and boys, may quite safely take on the learning of Traditional Gracie Jiu-Jitsu even though they have little or no previous experience with any vigorous or antagonist activity.

As a Physical Exercise?

As a means of physical exercises it has no superior. Every single muscle from the neck to the toes is called into active use, and certain sets of muscle are not unduly exercised to the neglect of others, as happens with so many sports.

What if I’m not flexible?

Jiu-Jitsu works with your body as it is. The techniques stretch and flex, taking your body to new physical limits. Going to your own “personal edge,” you obtain all of the benefits.

Is it a cardiovascular workout? Can I lose weight?

With persistence and dedication, you can lose inches while developing muscle tone over the entire body as well as increasing endurance of the heart and lungs. 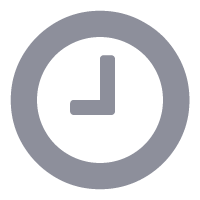 Gracie Brazilian Jiu-Jitsu is the official hand-to-hand combat system of the United States Military and law enforcement agencies all around the world. Founded on easy and instinctive movements, this reality-based method was designed so that the practitioner can learn practical self defence in the shortest possible time.

CALL US AND GET 1 FREE TRIAL CLASS.
CHOOSE ANY CLASS YOU WOULD LIKE.